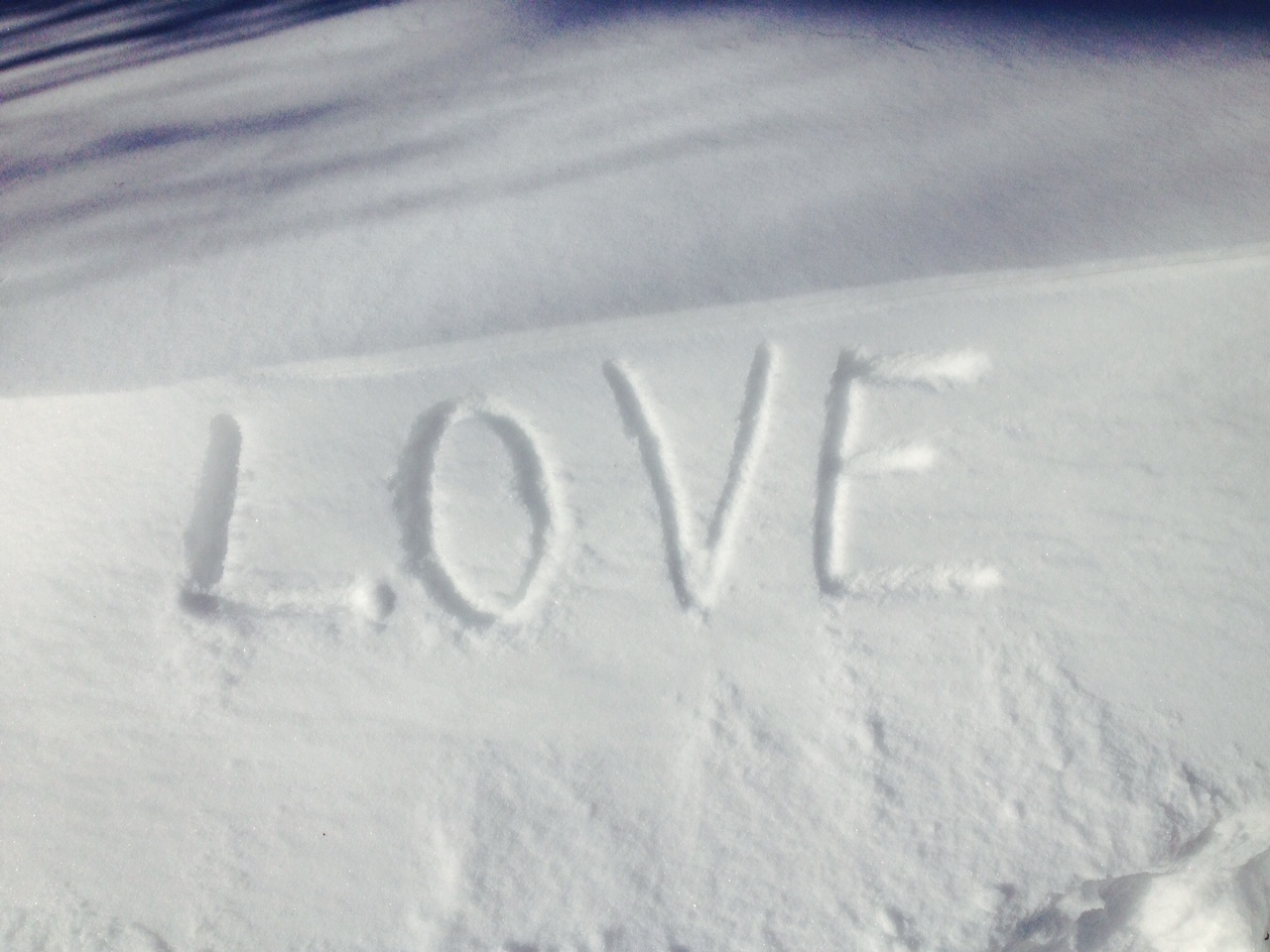 Today is a rare interlude of Stillness in a typically dynamic city. The windows are impossibly bright. Snow is caked on the screens outside. Still-falling snow makes the air seem opaque. Piles of white obscure Brooklyn’s sharp edges and make everything blur together. “Are you ready for Snowmageddon?” I was asked yesterday. “Yes!” I answered emphatically. Though tempted to roll my eyes at all the hype associated with what looked like a relatively normal weather event, I love the shared excitement of an impending minor disaster like a blizzard. In New York especially, we literally participate in “the word on the street;” and experiences like this unite us.

In addition to the unity, I also love the slowness. I just relax right into it. There wasn’t a single footprint in the snow on our sidewalk today until after 11AM. We had plans with friends this morning and none of us even bothered to call to cancel. I am not late for anything, not planning anything, not trying to squeeze anything in, not running any important errands. It reminds me of a blizzard perhaps ten years ago, when I remained in the clothes I slept in, listened to a John Coltrane marathon on the radio, and worked on one drawing literally from sunrise until sundown, quietly watching the white light brighten and fade away as I worked steadily, without speaking to a single person.

The snow had not yet begun when I made my way to Tammy’s Friday Night Waves class last night, but there was little traffic and I made better time than usual. This was convenient because my son, Simon, and I had been on a long errand looking for a sled—in high demand everywhere—and I was running slightly late.

I stepped into the room and into a soft hug with a friend who was dancing near the studio’s door. My knee was bothering me slightly. (Remember when I wrote about knee soreness after an extended period of breakdancing in a recent Sunday class with Simon?) I knew I would have to moderate myself or risk a more serious injury. I found a spot on the floor and began to move in the same radial, circular dance—moving over and undulating from the crown of my head—that I keep thinking has shifted and yet persists.

Shortly, I got up and began to move throughout the room. I felt very released and happy (slightly gooey, even), fully taking on all of Tammy’s suggestions. Remarkably, I was not down in any way about having to be careful. Instead, it was an invitation to be gentle and to find a different expression. I recalled a workshop Lucia lead in 2013 when she encouraged us to totally let go of our edges. Although I love my edges, I took on her suggestion; and as a result was torn into tiny, tender bits—shattered completely, wide open.

Moving into Staccato, I knew I couldn’t be in the deep, powerful squats rising up into dramatic suspensions or the sharp, punctuated spins, or the emphatic, knee forward steps that I have enjoyed lately. I found Staccato nonetheless, working with subtle muscles in the pelvis and lower back. I became fascinated with my gentle edges and with strategic tightening.

I found a playful and whispering Lyrical with a tall friend. We spun and coiled into, around, and under each other, our palms and fingertips in careful communication.

We paused after the first wave to listen to Tammy’s direct instruction. She began by quoting Gabrielle Roth, the creator of the 5Rhythms practice, “You didn’t think this was really about dancing, did you?” Tammy went on to say, “That’s the difference between recreation and practice, and this is practice.”

During her talk, Tammy surprised me with the comment, “In New York, Staccato is so good! It is better here.” I thought she was being facetious, that she was going to castigate us for our famous New York arrogance. But she meant what she said literally. She went on to describe cities where they don’t really do Staccato. Not really. Not like us. She moved as she spoke, expressing her love of Staccato through her gestures. Perhaps being with our edges unlocks authenticity in a way that self-help cannot.

This is one of the reasons that I love Tammy’s teaching approach; and why I have such faith in her. As much as it is a wonderful experiment to let go of all of my edges, too, it is glorious to be with my edges, to exaggerate them, to investigate them. Except for perhaps a very few enlightened beings, most of us are absolutely riddled with edges. Knowing this makes me feel like I can be myself. And it is not just acceptance, but is also, in a way, celebration. Though my ultimate goal is absolute freedom, absolute integrity and absolute love; it is the very complex and sticky and fascinating shite that we are riddled with that helps to make us so rich—that makes life life. That gives us something to work with.

This is also why I love New York. From 1996, my very first year in New York, I said, “New Yorkers are not nice. At all. But we are without question extremely kind.”  Also, we have so much good shit here. We are inclined to reject fake, inferior shit.

In a speech at her husband, Lou Reed’s, induction into the Hall of Fame, Laurie Anderson explained a set of rules for life the two had come up with. “One. Don’t be afraid of anyone. Now, can you imagine living your life afraid of no one? Two. Get a really good bullshit detector. And three. Three is be really, really tender. And with those three things, you don’t need anything else.”

Tammy went through the 5Rhythms for the benefit of new and seasoned practitioners, and I particularly liked her description of Lyrical. “When you are in Chaos, and you suddenly feel like you could just go on letting go forever, then you are no longer in Chaos. You are in Lyrical!”

In the second wave, I continued to receive quiet messages from my knee, especially when I stepped hard directly forward. I danced with a friend who I usually bound all over the space with, twirling and upending ourselves, but this time kept my feet relatively grounded. I was itching to dance with another friend who I hadn’t seen in several weeks, but instead located myself on my knees off to the side. I discovered that if I spread my knees apart and bent forward I had a lot of power and leverage. There, I arched and pulsed my back, tossed my head around like the back car on a roller coaster, and explored the feeling of having my hands on the ground. I managed to avoid exacerbating the knee injury, and still connect with the rhythms and with moving.

I ended the wave on my feet and in my hands. I scanned my own body with my palms, my eyes nearly shut, internal, keying in to subtle energies.

After class, as I stepped out of the Joffrey Ballet’s 434 6th Avenue building and into the street, where the snow had just begun to fall.

(Informal footnote: I remember Gabrielle once following the remark “You didn’t think this was really about dancing, did you?” with, “This is just the little black dress that I put on for you.” In addition to the interpretation offered above, I think this quote of Gabrielle’s hints that the 5Rhythms are not just dance, but are—more broadly—a map of the creative process itself. As such, practice might take many different creative forms such as drawing, relationship, music, cooking, storytelling, home design, conversation, theatrical works, parenting, writing or poetry.)