Let the Ground Receive It 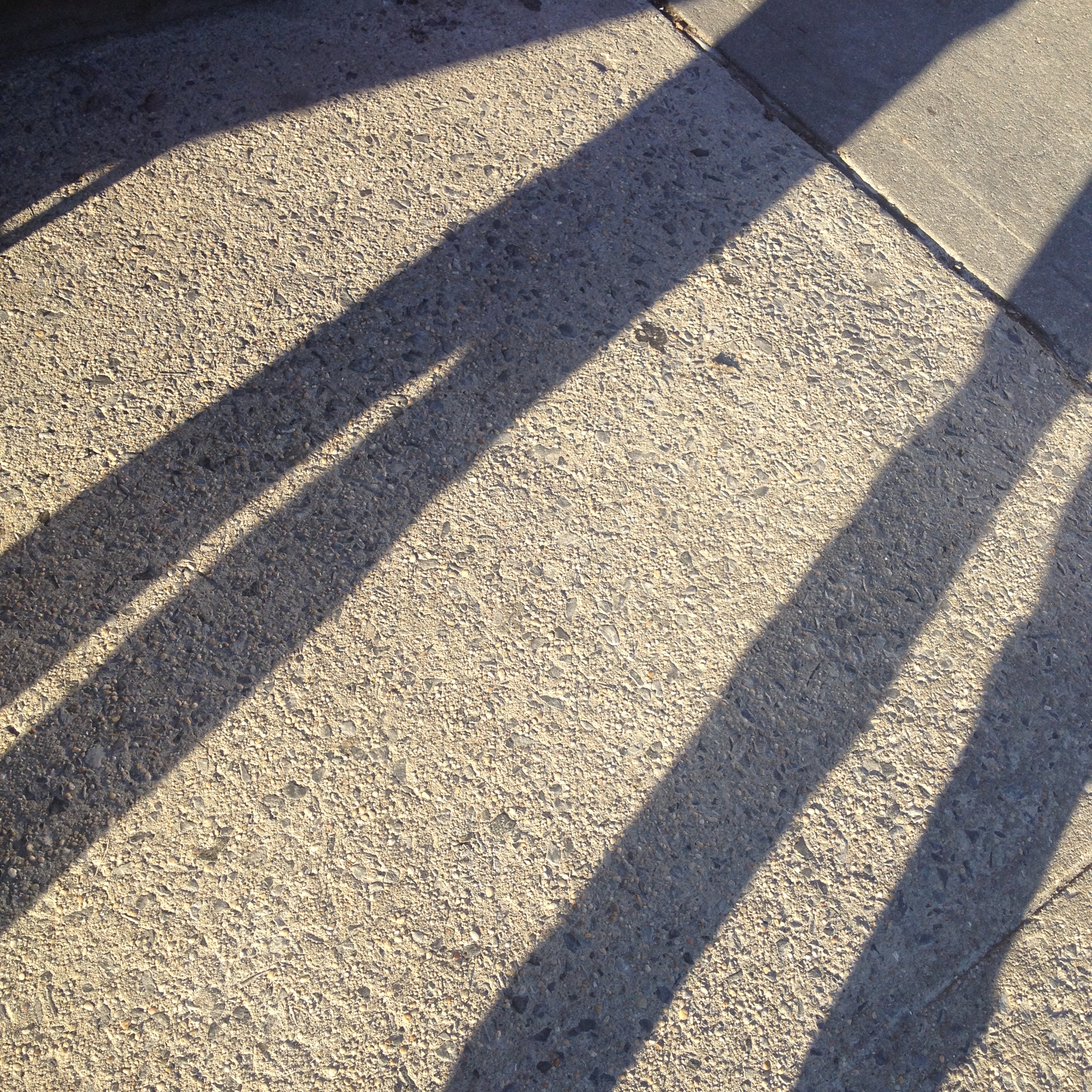 I was lucky to attend two 5Rhythms classes this weekend, Tammy’s Friday Night Waves class, and Jason Goodman’s The 7th Wave class, which was taught this week by Ray Diaz.

I encountered no significant obstacles in arriving to Tammy’s class this Friday, and found parking right in front of the studio. I began on the floor, and noted an unusual tinge of inertia. That afternoon, I had been anxious—worried, it seems, about everything.

A group of emotionally-related stories tugged at the edges of my attention. The worst track was the fact that I had accidentally shut my small son, Simon’s, hand in a car door. I kept remembering his crumpled face—filled with pain—as he bawled. I felt terrible that I had literally caused him harm. I was picking him up early from his afterschool program to take him to an extra soccer practice; and I wondered if we should go straight to the doctor instead. I perseverated, reviewing every other time I thought I might have caused him harm—with intractability, with a sharp tone, with frustration, or, as in this instance, as a result of lapsed mindfulness.   I am also very worried about a young friend, Simon’s babysitter of many years, who is in a coma now. I don’t know what happened, only that she is fighting for her life. The internalized voices of my many 5Rhythms teachers said, “Let the ground receive it,” and, beginning to move on the floor; I soon found my way into Flowing and to presence.

During the first wave, I moved joyfully. I shared several dances with my jaunty, soccer-moving, new friend. I tested out his moves both in dancing with him and as I moved around the room—jumping into crossed feet then spinning out of it, tipping sideways and kicking my foot to the side, bending my knee and drawing my ankle in, almost kicking my backside, then flinging the foot, led by the pressing heel into an almost comical sideways-moving gesture. I stepped into another dance with a friend who arrived late—a staccato connection defined by creative joy and specificity. Toward the end of the wave Tammy put on a song that had a jig in it, and I met another friend, smiling, bounding upward and sailing together through our intersecting arcs.

At the conclusion of the first wave, I imagined my own body hovering in the sky. The room was filled with blue, and white clouds lingered amongst our bodies.

Tammy did not pause for verbal instructions halfway through the class, as is her usual custom, but instead began another wave, just as we were finding our final expressions of Stillness.

During the second wave, my enthusiasm contracted, and I had a hard time with my thoughts. I kept wanting to put my forehead on the room’s center column and rock. I moved out of that gesture, but found it again moments later. Self-abuse overtook me. I sank to my knees, swaying, with my hands together and touching my forehead. A male dancer didn’t seem to notice me and almost stepped on me repeatedly as I continued to move away from him. Closer to Tammy, I began to bend forward and exhale, filling my cup-shaped palms with breath as I folded over my knees, saying “I’m sorry,” and “I forgive you.” I poured this breath over myself like it was water. Then, I started to release the breath from my cupped hands into the air. I realized that both expressions had run together; and I could no longer tell them apart.

At the end of the class, I lay with my forehead to the floor, crying with a pained expression, without catharsis.

On Saturday, I cast a net toward a couple of babysitters, thinking it would be nice to attend class. Simon and I were hosting my friend and her son; and we were having a beer at 7, when my roommate sent a text saying she was willing to babysit for the class that started at 8. I got dressed while our company played in the living room, then kissed Simon good night, dropped the friends off at their house, and made my way from Brooklyn to the West Village for class.

Relatively new 5Rhythms teacher Ray Diaz was teaching the 7th Wave class; and I got to experience his unique take on the 5Rhythms for the first time. I arrived twenty minutes late and stepped in during Staccato, nodding briefly to Flowing as I moved with the energy of the room, taking big, soaring steps. There were nine of us at the class including the teacher, so there was plenty of room to move. I played with alternating the big, soaring steps with tiny steps, foot over foot in a straight line, the shifting back into the giant, soaring steps.

After the first wave, Ray gathered us and told part of his own story. He said that when he first started coming to 5Rhythms classes, he would stay only for the first half of class, then leave. After several rounds of this, a 5Rhythms teacher caught him on the way out and told him to get his clothes back on and, “Get back in there!” Shortly after, he did a Heartbeat workshop where he found his feet for the first time. That was when he knew “this was it,” and he was able to stay for the entire class. (Interestingly, I have noticed that many 5Rhythms practitioners can point to a moment of great insight coming when they first “found their feet,” a First Communion of sorts.)

After his story, Ray explained the 5Rhythms wave. He emphasized Flowing throughout the narrative. After he told us about first finding his feet, he started to move in Flowing, and stated that in Flowing, you let the energy fill you up, starting with the feet. After a few moments in Flowing, he started to move into Staccato and said, “Then, once you are filled up with energy from the feet up, it starts to want to move out, it starts to take direction.” He exhaled sharply as he moved with staccato gestures. “But always with Flowing. Flowing is always with us. Sometimes when you get lost, you just go back into Flowing.” I don’t remember exactly what he said about Chaos except that it is about letting go again and again. I do remember his words and gestures about Lyrical—that suddenly something breaks through, and we find ourselves lightening up. Stillness, he continued, is when we let the breath lead us, and we move with whatever is left. I loved his emphasis on the trajectory of energy as he shared his understanding; and I found his way of explaining the transition from Flowing to Staccato particularly helpful.

During the second wave, I was more sedate. Perhaps because the beer I had before the class was wearing off. I had a great, ego-evading shake in Chaos, though. I noticed that my neck was a tender in some places, and that I was holding its muscles. I decided to let all of my edges go and, as a result, my neck was very released as I moved with great energy. When the music turned to Lyrical, I found flight. It felt amazing—I lit up onto my toes, waltzing backward, then arced down like a great kite, my fingertips grazing the ground and then the ceiling, as I turned in arcs, my head still totally released, following the rest of me for once.

In Stillness, reflections of the ballet bar across the room turned into a body of water. And to the young woman I love so much has been in a coma for two weeks now. I saw her in a boat in the middle of the body of water, bobbing slightly, looking back over her shoulder, her long, shining black hair curled about her shoulders. I beseeched her to come back, my eyes wide, hoping at once that this was my imagination and not a vision.

Simon’s hand is fine now. Just a little bruise. I will be more careful shutting the door from now on.

“For a true spiritual transformation to flourish, we must see beyond this tendency to mental self-flagellation.  Spirituality based on self-hatred can never sustain itself. Generosity coming from self-hatred becomes martyrdom.  Morality born of self-hatred becomes rigid repression.  Love for others without the foundation of love for ourselves becomes a loss of boundaries, codependency, and a painful and fruitless search for intimacy.”