You Can’t Crash Into Anyone! 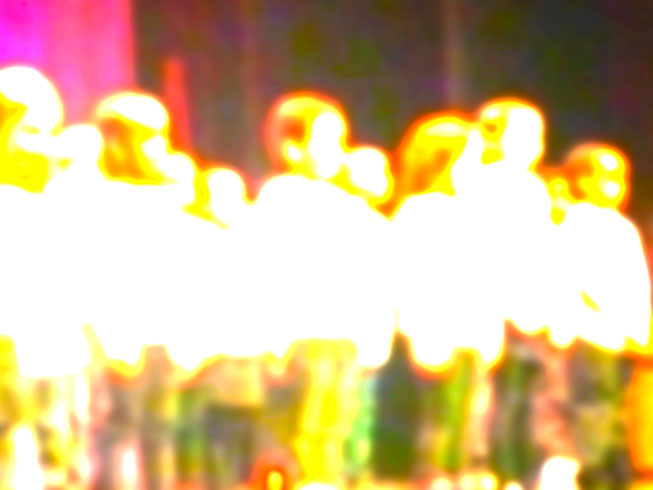 Today’s Sweat Your Prayers class at the Joffrey in the West Village was taught by Kierra Foster-Ba; and I was joined by my 6-year-old son, Simon, our 10-year-old cousin, Maya, and our Uncle Larry. My cousin and uncle had come to town to attend Simon’s recital the day before—an event preceded by weeks of anxious stage fright. A few days before, Simon told me, “Mommy, I don’t think I’m going to be able to go to the recital. I’m pretty sure I’m going to be sick that day.” As it was, he was spectacular—dancing with heart and even performing two “solos”. He told us that in the end he didn’t have any stage fright at all. When we met him after, he almost knocked his cousin over with the ardency of his affection and excitement to see her. It is hard to know when to push and when to back off—this time I am glad I pushed him to move past his fear, and that he had so much support for his risks.

In the car on the way to class today, I explained the expectations. “There aren’t too many rules,” I said, “But we can’t talk inside the dance room; and also you have to keep moving—at least a little. Even if you get tired, then you still just find a way to move a little something.” I asked Simon if he had anything to add. “You can’t crash into anyone,” he said—a rule he has heard many times repeated. I added an extra rule for the sake of my excitable little close-talker: “And you can only give your family member three hugs for the duration of the class. The other times you have to give them their personal space!”

I held both kids’ hands; and, taking a deep breath, jumped in to what we call “The Magic Dance Room.” The two settled into a spot at the edge of the dance floor and played with some tiny toys they had smuggled in. Before long they moved to the middle of the room, still playing with their toys, sticking close to a column. My uncle had entered before us, and seemed right at home, falling into movement right away.

I had a delightful dance, myself, beginning on the floor with energetic circles that took over my whole body and also served the purpose of stretching. Kierra’s gentle grooves tugged me along like I was drafting behind a powerful swimmer in the lap pool—toted along in totally effortless flow. One of my all-time favorite dance partners entered the studio and we jumped right into a high-energy dance of joyful abandon. My cousin watched this unbridled engagement with hesitant interest, but the two continued to play on the floor for some time. I danced near them several times, gently prompting movement, then drifting away again, leaving them to their play. At one point I looked over and both were on their bellies, holding their ankles, laughing and rocking.

It wasn’t until the second wave that they started to enter into the dance, themselves. Remarkably, they got up the courage to move just as we entered into Chaos. I cheered them on with my gestures, smiling as they jittered and jumped, getting into the music.

Sweat Your Prayers is by definition lightly instructed, and the only verbal teaching that Kierra offered during the class was to occasionally prompt us as we crossed into a new rhythm.

I smiled and rolled around the room, happily engaging with many different partners, especially loving the rhythm of Lyrical.

At the end of the class, Kierra shared a quote by Gabrielle Roth, the creator of the 5Rhythms practice. She said, “Do you have the discipline to be a free spirit?” She let the quote sink in for a few moments. Then, she encouraged us to fully embrace each of the 5Rhythms as they arise, and to observe the few rules that we take on when we step into a 5Rhythms room, such as refraining from talking.

I felt immense gratitude to my family members for being willing to step in, and to Kierra and the 5Rhythms community for making space for all of us. The most important things I hope my small son takes away from his experiences in 5Rhythms rooms are that movement is medicine, that life is exquisitely workable, and that even as he becomes a grown-up—a process that closes all too many of us down—life can keep opening and opening, expanding the possibilities of what it means to be alive.