Flowing and What Is Not Flowing 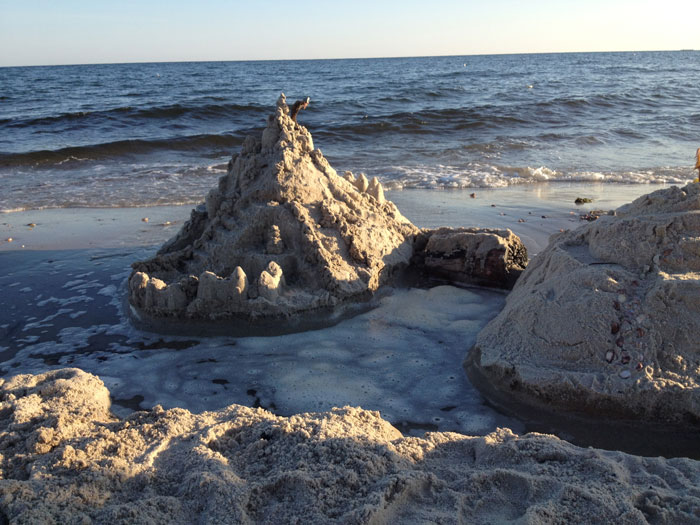 I caught Tammy’s eye as I stepped into her Friday Night Waves class after nearly a month away.  Smiling and meeting her gaze across the room, I tapped my heart with my right fist, then held my hands together in a gesture of excitement and gratitude, bowing as I passed through the door of the studio.  The day was hot, with a heat index of 100.  Even at 7.30pm, it was a delicious 96 degrees.  Though I was only away for a few weeks, it felt like a homecoming; and I was overjoyed to encounter several longtime friends in the crowd.

I missed most of the Flowing part of the first wave; and the room was already moving toward Staccato when I joined the group.  I swirled in, then lay on my back on the floor to help myself find the ground.  Immediately, a smiling friend leaned over me and our arms united in cheerful, fluid movement.  I know there are risks if I don’t ground myself in Flowing before moving on, but still I rose quickly to my feet, swept away by quirky, ardent movements in Staccato and then in Chaos.

Having spent nearly a month practicing individually on beaches and cliffs in southeast Ireland, I was incredibly grateful to step without hesitation or thought into partnership again and again. Dancing individually as I did in Ireland has deepened my practice and has given me insights that I could never find in community.   At the same time, it is both revealing and engaging to move in partnership.  I am beginning to think that I need both individual and community practice.

Tammy played a popping, crackling song in Lyrical that always makes me think of an old fashioned toy—the wooden person with jointed legs and arms who is bounced on a straight board.  I let my arms go slack and fling themselves around as my feet touched down and were cast quickly back up again, much like the little dancing man toy (that to this day resides in a low drawer in the living room at my great grandparents’ house).

In a typical two-hour 5Rhythms waves class, we dance two “waves.”  A “wave” is a structure that was designed (or perhaps described) by Gabrielle Roth, the creator of the 5Rhythms practice.  A wave is what is created when we move through each of the five rhythms – Flowing, Staccato, Chaos, Lyrical and Stillness – in sequence.

Between the first and the second wave of the class, there is often spoken teaching.  In this case, Tammy emphasized the rhythm of Flowing, connecting it to “instinctive wisdom.”  She began by showing what Flowing is not by flitting about haphazardly for a few moments.  I have occasionally noticed dancers moving with grim determination from site to site, or perhaps moving randomly, not noticing the different strains of gesture around them.  Though in Flowing we are encouraged to keep moving our feet and not to get stuck in one spot, it seems, most certainly, that Flowing does not mean being non-committal, or moving around the room so quickly you slip out of any potential intimate exchange.

In some Buddhist teachings, a desirable concept is often paired with its “far enemy” and also with its “near enemy.”  I love how this blogger explains the near enemy, “The near enemy is a kind of counterfeit of what we’re actually aiming for, and it’s unhelpful because while the genuine article helps free us from suffering, the counterfeit doesn’t.” (wildmind.org) For example, the far enemy of compassion is cruelty.  The near enemy of compassion is pity (or is sometimes translated as grief).  We might get tricked into thinking we are developing compassion, but the truth is that pity is not productive because it entrenches us more fully in our own ego, rather than opening us up to a broader experience of humanity—one of compassion’s hallmarks.  As for 5Rhythms and Flowing, I guess you could say that the far enemy of Flowing would be non-movement.  There are perhaps many near enemies of Flowing—but I would put distracted meandering high on the list.

Flowing was the rhythm that very much dominated for me during my recent trip to Ireland.  Truthfully, it was all I could manage on some days.  Dancing with the cliffs and the sea and the rocks, I remained in Flowing for long stretches before even a hint of transition to Staccato. I would then drop back into Flowing again and again even as the wave unfolded.

Fundamentally, the rhythm of Flowing is characterized by circular and fluid motion, energetic receptivity, and the relationship of feet, weight and body to the ground that holds us.  5Rhythms teacher Kierra Foster-Ba has said about Flowing, “Like any other animal, we get a lot of information from our feet.”  For me, Flowing is an homage to the mother, a refuge, a touchstone.  It is also a secret password, and a key that unlocks infinite doors.

Although for many years, I confess that I found Flowing too humble to merit keen interest, from the beginning it has been my most important teacher.  In a workshop with one teacher, she rolled on the floor as she spoke, describing and demonstrating her passionate relationship to ground.  She also talked about how it took her years to “find the ground,” and how much her practice opened up when she did.  For me, it was only after years of working my way into the ground that the elusive rhythm of Lyrical finally began to up for me—a miracle I didn’t anticipate, but one that I welcomed with ecstatic gratitude.

Mild inertia oozed through me after Tammy’s talk.  I had to leave class before the second wave because of a scheduling issue, but it wasn’t that sense of inertia that lingered on into the hot summer night.  Rather, I left with the imprints of unbridled movement, drenched humidity and the joy that comes from stepping into space and finding a perfect partner, again and again.