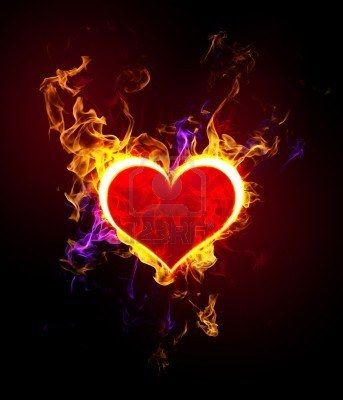 The morning was brisk, with nearly violent wind.  The sky was white and opaque, hiding the spacious blue that surely existed behind the low, dense clouds.

There is a personal ritual that I go through on stepping into a 5Rhythms class to mark the shift from the space of the world to the space of formal practice.  For today’s Sweat Your Prayers class at the Joffrey Studio I had to repeat the steps several times before mindfulness even began to dawn.  For many, it has been a hard week, as the reality of the recent election continues to settle in.  Also, I had dental surgery on Monday.  By last Sunday, I was in pain that far surpassed the pain of natural childbirth.  The dentist tried to remove a tooth, but, after drilling and pressing and some very alarming cracking, failed, and sent me along to an oral surgeon.  Bleeding and with a tooth half extracted, I made my way to a different office, then sat for two hours, waiting again to be seen.

Eventually, I did arrive at the class, at least enough to proceed into the room.  I moved gently, perhaps hesitantly, investigating the space.  Before long, I found a place on the ground and began to move in rising and falling circles, notably engaging my abdominal muscles as I found new angles to stretch, letting the circling overtake me.  Taking advantage of the fact that the Sunday morning class is less crowded than the night classes, I began to move throughout the space, remaining entirely connected to the floor, almost like I was oozing into the empty spaces—amoebalike, edgeless, more a cloud of forms than the expression of any particular shapes.

At one point, I looked at the clock and realized we had been in Flowing for 25 minutes—an exceptionally long Flowing for the opening wave of a two-hour class.  However, when the teacher, Jilsarah Moscowitz—who was subbing for Jonathan Horan—initiated the first Staccato song I groaned inwardly, not wanting to leave Flowing for anything, feeling like I had just started to find the ground, like I needed much more time.  Kicked out of the nest, I tried my best to step up in Staccato.  Distracted by pain and anxiety about my tooth, along with the long-lingering shock of the election results, I did not find Staccato easily, and instead felt disoriented and detached.

As I have experienced in the past, when I honestly didn’t know if I had anything to give myself, it was my friends who pulled me through.  One who has been practicing with depth and integrity for many years, and who is also a 5Rhythms teacher, stepped up to me, beaming.  I was happy to see her happy.  She has lived with a disability for her entire life, and if she could be happy in the face of such challenges, who was I to whimper over a little tooth problem and the small matter of possible world destruction?  Her attention and presence inspired me to move; and I was surprised to find the expressive fire of Staccato, that I then carried with me throughout the room, partnering with many—sometimes in just a gesture or two, sometimes in longer turns, sometimes in groups of three or more.

I found a friend who I’d shared a meal with the night before, seeing her for the first time in four years.  Our conversation made me feel inspired and connected; and the dance became a continuation of the same back and forth.  In Staccato, we became fierce, gigantic, toggling through many levels and quickly moving from ground to sky.  I considered the many forms still available for my life, making rapidfire life resolutions, realizing profoundly the need for action, courage, and vision during this time of massive upheaval and change. We moved into a wild Chaos, whirling and still moving through many different levels, stepping up for one another, forms rising up and dissolving into the heat and speed we created.  Though we were powerfully engaged, our dance remained attentive to the dances around us, occasionally responding to a gesture of a nearby dancer, slowing down to notice and take in, the occasional dancer passing right through the middle of our cell and turning there with us before moving on again, the membrane permeable.

Still in Chaos, we separated, being subsumed again by the room.  Jilsarah played part of a speech with lyrics about “Caring for our fellow man,” and grief overtook me.  On the way to class, I had heard an interview on NPR with Jared Taylor, a “white nationalist,” whose blatant, scathing racism had my jaw locked open in aghast horror—ingénue that I am—for a number of minutes.   I couldn’t help but think of recent federal appointments of men with known ties to white supremacist groups.  A groan of agony rose up, totally unintended, tearing through me and becoming a rending cry.  I moved like a demon then, low, and with incredible speed, my head a blur of motion—bringing to the outside the fear, anxiety, pain, panic and anger that had been moving inside of me for nearly two weeks.

Lyrical arrived then, seeming like a miracle, like brightly-colored flowers growing on a big pile of shit.  I moved into a dance with one of my all-time favorite dance partners.  We exhaled sharply and even snarled as we circled one another.  We jumped in and out of the center we created, down to the floor and up, in what seemed like primal, defensive gestures.  Athletic, emphatic, massive, I soon injured my big toe.  My friend moved away; and I lavished care on the toe, curling my lower leg into my arm and rocking it.  Laying back, I moved my leg, with attention on my hurt toe.  It did not dissipate immediately, but after several minutes began to recover.  I watched the process, grateful that this one small injury could run its course and return to neutral in the space of a few minutes.

I noticed that I was working very deeply inside my stomach, to the point that my abdominal muscles are sore now.  I took a sip of water, tipped my head straight up, felt the cold water go down my throat, and followed its path into my belly.  Moving, I felt the water sloshing there.  In Stillness, I rounded my spine and contracted all of the muscles of my stomach, pulling my fist into the hollow created there, re-creating the feeling of being hit in the gut, metaphorically or literally.  I also noticed that I was incredibly stable on one foot, capable of all sorts of balances and twisted extensions, first avoiding weight on the foot with the hurt toe, then including it, too.

With many of us continuing to move in Stillness, Jilsarah read an excerpt from “Connections” by Gabrielle Roth—the creator of the 5Rhythms practice—that included this passage, “Hidden in your Chaos, like the eye of the hurricane, is the moving center, your power center, a place deep in your belly, three fingers below the navel, where all the good stuff is waiting to be felt.  It is in the moving center where all polarities converge; light and dark, good and evil, male and female, elephant and mouse.  It’s the place of perfect equilibrium and harmony.  If only we could resist the temptation to choose one side or the other, we would be here more often” (p. 87).

Stillness lingered on in traces even as we moved into Flowing, beginning the second wave of the class.  Like many, I moved gently throughout the room, being swept by gestures and currents, feeling very much a part of the whole.  I met Staccato once again with resistance, but Jilsarah made it easier for me by playing an appealing Staccato song with Lyrical overtones.  In Chaos, with bits of Stillness threading through it, I passed a tall man who was new to me.  We shared a gesture and started to move on, then instead turned into each other and shared a graceful dance in Still Chaos, our hands absorbing the others’ gestures, turning in slow arcs, disappearing from each other and re-appearing.  After this dance, wandering along, I found my energy low; and a man who was jauntily swinging his hips and knees came into my field.  I matched his twittering gesture, smiling, kinetic.  Another joined us with great enthusiasm, and another.  We were four, then three, then two with a different partner than the one I had started with.

Lyrical arrived, once again, like a miracle.  It occurs to me now, how significant it is that Lyrical—the rhythm of joy—contains too the awareness and acceptance of deep pain.  It has the space to hold all of it.  It is joy with the flavor of wisdom—of a panoramic view from a high mountain on a clear day.  I danced around the room, meeting every eye that was available to me, passing through each person’s field of energy, and allowing others to pass through me.  Eventually, I totally let go of even the directionality of what I call “passing through practice” and allowed everyone to stream in and stream out of me, to let myself stream through everyone—in a whisper of total porousness, of energetic exchange.

Stillness in this last wave found me internal, my eyes shut, in a private ritual of release and completion.

Stepping outside after class, caustic wind again rattled me, reminding me that winter is coming; and that I had better prepare myself and learn to light an internal fire in case nothing external works to warm my spirit in the coming months.