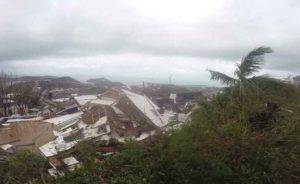 My close world is torn apart with natural disasters – hurricanes in Texas, and in Florida & the Caribbean, earthquake in Mexico – at the same time, it is a spectacular day in New York.  Temperatures in the 70’s, low humidity, blue skies with the kinds of clouds that are easy to see as friendly animals or as elaborate castles.  In the Sunday morning Sweat Your Prayers class at the Joffrey Ballet in the West Village, taught today by Jason Goodman, I held both realities.

I have been teaching high school students for the past few years and the beginning of the year makes me feel joyful.  Meeting new students, I can’t wait to find out what they can do.  I’m twittery, imaging all the great structures we will co-create, thinking about how to set things up for them, reviewing my inspiring speeches and clear explanations.  Imagining all of us having fun together at the first dance.  Having done this for a few years, I also know how much I will come to love them by the end of the year; and I can feel it already.  I’m choked up in advance just thinking about it, even as I write.

At the same time, sadness and fear visit me.  People all over are suffering terribly, in particular as a result of the hurricanes and earthquake.  I keep feeling wracked by sadness.  And I am afraid.  As of late, the Christian concept of apocalypse no longer seems as far-fetched as I once believed.  As a human community, we really don’t seem to be moving in a good direction.

There was a time when I wouldn’t have let myself have access to joy in the face of this suffering.  I would have thought that feeling joy would be an affront to others’ pain.  Now, I feel differently, though.  I realize that if I am suffering too, I haven’t actually helped anyone.  There are just more of us suffering.

Stepping in to the fourth floor dance studio, movement nuzzled me from all sides and I felt free and inspired.  I delighted in the clear blue sky pouring in the windows, smiled to greet many friends, and found myself a spot on the floor.  There, I moved in big, arcing circles, attenuating my body in long gestures to stretch at the same time, pulling my feet up to warm up my quadriceps along the floor, rolling over my shoulders and over the crown of my head.

I wore wide-legged pants with a tucked-in tank top, which allowed me a full range of motion, and that I exploited with every angle, level and gesture.  Lately, I have a good relationship with Staccato, and I sunk deep into my hips, playing with rocking my pelvis and taking big backsteps – at times holding my leg up and rocking my knee forward and back before placing my foot emphatically on the floor, garnering tremendous momentum and force in the process.  Jason spoke of the need for Staccato, sometimes for ferocious and sudden action, since staying in Flowing all of the time would, at minimum, mean we might get nothing done; and at maximum, might mean we fail to act to save our own life or the lives of the people we love.  Sometimes we don’t have the luxury of a patient warm-up, instead when the situation calls for it, we have to step into Staccato instantly, as warriors, with all of the power and force that is required of us.

We seemed to spend more time in Chaos than in any other rhythm today.  Jason spoke directly of the devastating hurricanes and earthquake; and also reflected on the tragedy of September 11th, 2001, which he, like me, personally witnessed.  I recalled a class Jason taught in the same room just three days after the election of Donald Trump, when he also kept us in Chaos for song after song after song.  I reflected on the words of my yoga teacher, Maria Cutrona, in the days after the election, “As painful as this may be, as hard as it may be to take, this is exactly what we have been practicing for over all of these years.  This is it.  Right now.” 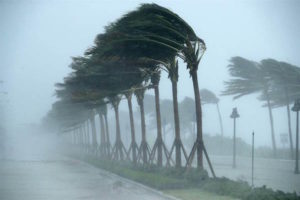 The ultimate test of our practice is to keep moving even inside a swirling maelstrom of Chaos.  To find a way to ride the Chaos so it doesn’t destroy us.  As the rhythm of Chaos unfolded, I was often low, finding a growling thread of Staccato, realizing the need for action.  Deep in my knees and hips, I held my arms cactus-like and rocked and cracked into my upper spine at great velocity.  I joined two friends, including the very woman who brought me to a 5Rhythms class for the first time over ten years ago, and we leapt and twisted and spun, inspiring me into a whole new set of gestures and ways of working with weight and extension, every minute muscle of my feet steering me into unending expression.  I moved around the room and joined with several others in sequence, including with a man I hadn’t seen before whose lyrical expression of Chaos softened me into joy.

This school year, I will be teaching mindfulness & meditation to nearly my entire school community, going into many different classrooms for 20 minutes each week.  I thought about how I would introduce the work.  “Dear Ones, this world is crazy,” I rehearsed in my head, “We have hurricanes, earthquakes, racism.  Donald Trump.  There is pretty much nothing in the external world around us that we can count on.  Even if you are lucky enough to have a safe home, enough money, classrooms where you feel respected and valued.  Even if you have all that stuff, at some point, you, too, are going to feel like the world is crazy.  Because that’s what the world does.  It’s always changing and throwing new stuff at us.  Since the external world is so crazy and is constantly shifting and changing, we can’t rely on it for our sense of peace and safety.  Our only hope is to develop our internal world, what’s inside, so that we have at least one place of refuge we can count on, that’s always available to us, regardless of our shifting circumstances.”

In the second wave, I grew slightly distracted as a result of rehearsing my speech in my head.  I forced myself to return attention to my feet, telling myself my speech would all still be there later on, after it was no longer time to practice; and I moved around the room in Flowing.  I met the blue-green eyes of a woman who was close to my own diminutive height and felt flooded with sadness, receiving, feeling the emotions around me.  I noted that I had hunger pangs and put my hand to my lower stomach.  My energy dipped slightly.  Playful regardless, I knelt with my forehead down next to two friends who were back to back, and they inched their feet apart, delighting me by making a little bridge for me to crawl under.  I squirmed to the other side of them, then pushed hard on the ball of my right foot, leaping high into the air and curving into emphatic motion like a cartoon wizard casting a lightning spell.

I had another wind during the closing gestures of the class.  In Lyrical, I, like many others, swooped throughout the room, joining other dancers in brief partnerships.  In Stillness, I keyed into tiny articulations of my coccyx and lower spine, closing my eyes and feeling the movement of energy throughout my body, moving my hands in space as these quiet modulations swept to my edges.  Jason gathered us into a big circle where we continued to move in Stillness, ending at last with several deep, collective breaths.

At the end of the class, I chatted for a moment with an effusive, beaming first-time 5Rhythms dancer who I had helped to greet.  Then, I spoke with a friend who had seemed interior during the class, and learned that many of her family members live in the southern part of Florida, where they were being pummeled by Hurricane Irma even as we spoke, her eyes pinched in pain, her shoulders raised, her tone incredulous.