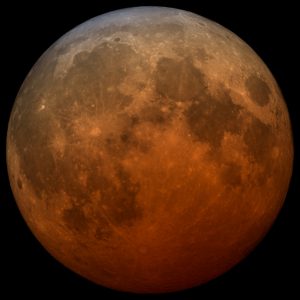 It was glowing dark, blood red. Then it was just black with a thin arc of light on the bottom right. I sat there in full darkness, clutching my elbows, amazed.

I woke up at 3AM and couldn’t get back to sleep, owing to a racing brain. The good news is that I got to see the almost-full lunar eclipse on Thursday night. The bad news is that I had another night of poor sleep. Nights of poor sleep have been too frequent lately. I just haven’t had enough time to process my experiences given the pace of work lately.

Saturday was another sleepless night. At one point I jumped up and ran to the window, hearing screaming and fearing someone was in danger. Then I heard, “Happy Belated!” and realized it was just people celebrating. I did fall asleep at some point, but slept less than two hours in total.

“You know, I don’t have that problem,” one of my close advisors shared, “I just lay down and I let the day go and that’s that. You can’t hold onto that stuff.” I gritted my teeth, knowing he was trying to help, but feeling judged and annoyed.

Sunday I dragged. It was hard to form thoughts. I didn’t feel like doing anything. I was quick to tears and slow to regulate.

In the afternoon, I went for a massage. My trusted massage therapist (who I visit once every four or five months) was not available so I went to a new person at the same studio. I practiced my lines on the way over, “I haven’t had a massage in a long time, and I’m feeling really sensitive, so if it doesn’t feel right, I’m going to need to cancel. It’s nothing personal.”

For whatever reason, I trusted him right away. He started with my neck and back. My muscles cramped and relaxed again and again. I was able to stay present in the pain, although at times it was very intense.

The tears started within five minutes. At first just dripping down through the face-shaped hole in the massage table, but by the time the masseuse started working through the knots on my right shoulder I was crying more loudly. 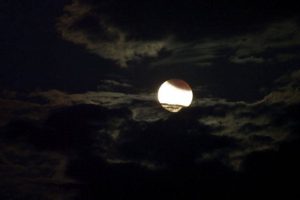 Recollections of the fights at the school where I work drifted in and out. Of the time when a student charged into my room, going after another student. Then after I pushed him out, the same student banging on the door, along with several of his friends. Of the fight when kids barricaded themselves in a room, and several filmed it and posted videos. Of other experiences in my life when I felt unsafe or vulnerable.

When he was working on the nerve tangles around my sacrum, I got very activated then very relaxed. I really felt like a spirit, somehow. I thought, “I might die now. I think I’m going to die,” realizing that letting go of the fear that was controlling my body felt like a potential threat to my survival.

By the time he got to the nerve tangle in my right hip and gluteal, I was scream-crying, sobbing and trying to suck air in, wondering if the asymptomatic case of COVID that lead to a recent positive antibody test had impacted my lungs because I couldn’t seem to get a breath.

He ended with a head massage, with a lot of attention to the base of the skull.

I felt very relaxed at the end, and kind of transparent.

Today was better. Work is still a lot but I have drawn some boundaries. Classes flowed and there were threads of joy.

After school, some students came to visit since they had extra time before basketball practice. “Guys, I’m about to dance. You either have to go or dance,” I said.

“Naw. I’m not dancing,” another said.

“Me either. At my middle school they forced me to be in a dance club that the dean taught. They all laughed at me, and when I told them to fuck off I got in trouble.”

“Well, you can’t just sit there and watch the two of us. That’s just weird.”

I had mixed feelings about giving up my personal practice time, but was curious to see what could happen. I figured it would last five minutes or so.

In the end, we danced for 45 minutes and ended sucking wind and dripping with sweat.

“Can we use the ball?” one student asked, picking up the plush globe that I use as a talking piece to pass around for circle discussions in classes.

I put on a flowing song that sounds like a video game.

“Ok, so now every time you pass the ball, you have to spin around first.”

We started playing with spinning and dropping, all moving around the room.

I said, “Ok, now drop your weight way down when you spin,” and we all did our own version of the prompt.

I pulled out another “ball” as I put on a staccato track, and watched the magic unfold. We took turns with the spotlight, including the kid with dance trauma, cheering each other on. We moved into partnership, the kids delightfully present with each other, flexing and advancing, busting complex moves with attitude and precision, sarcastic but real, alive and honest and present.

Eventually I had to kick them out so I could dance like a wild animal and not worry that if I raised my arms my back might show. But they want to do this every day.

I could think of worse things.

Meghan LeBorious is a writer, teacher, and meditation facilitator ​​who has been dancing the 5Rhythms since 2008 and is currently enrolled in the 5Rhythms teacher training. She was inspired to begin chronicling her experiences following her very first class; and she sees the writing process as an extension of practice—yet another way to be moved and transformed. This blog is not produced or sanctioned by the 5Rhythms organization. Photos in this post are from blogs.nasa.gov.